Home About Us Events Sports 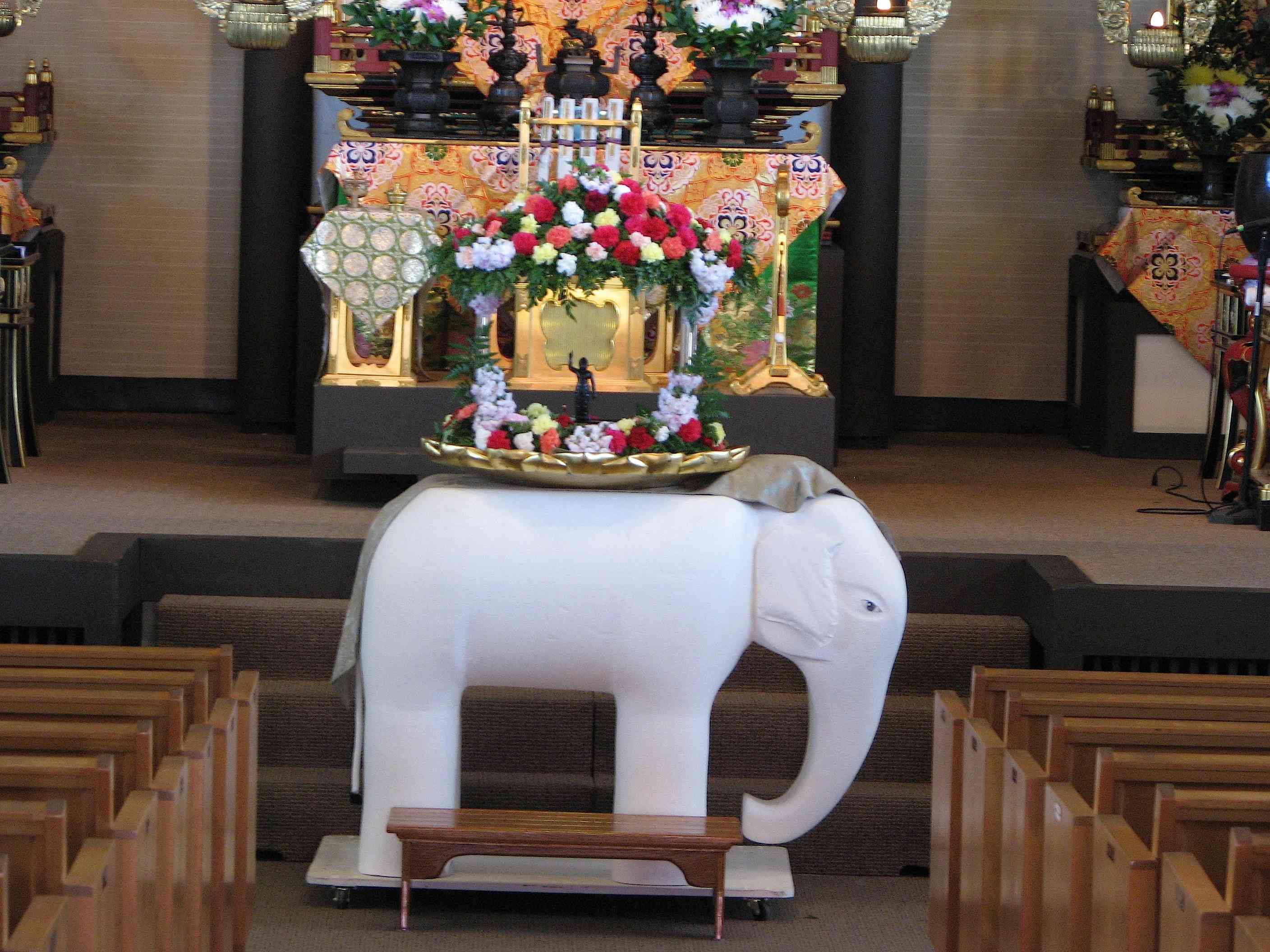 Hanamatsuri which means "flower festival" is celebrated on the day Siddhartha Gautama was born. When Siddhartha Gautama, widely known as Sakyamuni Buddha, was born he pointed his right hand to the heavens above and pointed his left hand to the earth below and, with the voice of a lion, spoke the following words; “In the heavens above and on earth below, I alone will become the Honored One.” With each step that he took, a lotus flower blossomed under his feet. This is why we call this celebration “Hana-matsuri” or a “flower festival”.

Obon is a festival meant to honor the spirits of one's ancestors. As Obon occurs in the heat of the summer, participants traditionally wear yukata, or light cotton kimonos. Many Obon celebrations held at Orange County Buddhist Church includes games and traditional Japanese food like dango. OCBC also concurrently hold a cultural and food bazaar providing a variety of cuisine and art, also to display features of Japanese culture and Japanese-American history. At night, there is a taiko performance by Daion Taiko filled with both amateurs and senior member followed Bon Odori. The participants, Japanese descendants and the people of all races, dance in a big circle around the yagura, the central tower set up for the dance, from which recorded songs are broadcast and, most of the time, the taiko group accompany the songs playing drums. In larger cities, bon dance lessons are given by volunteers before the actual events.